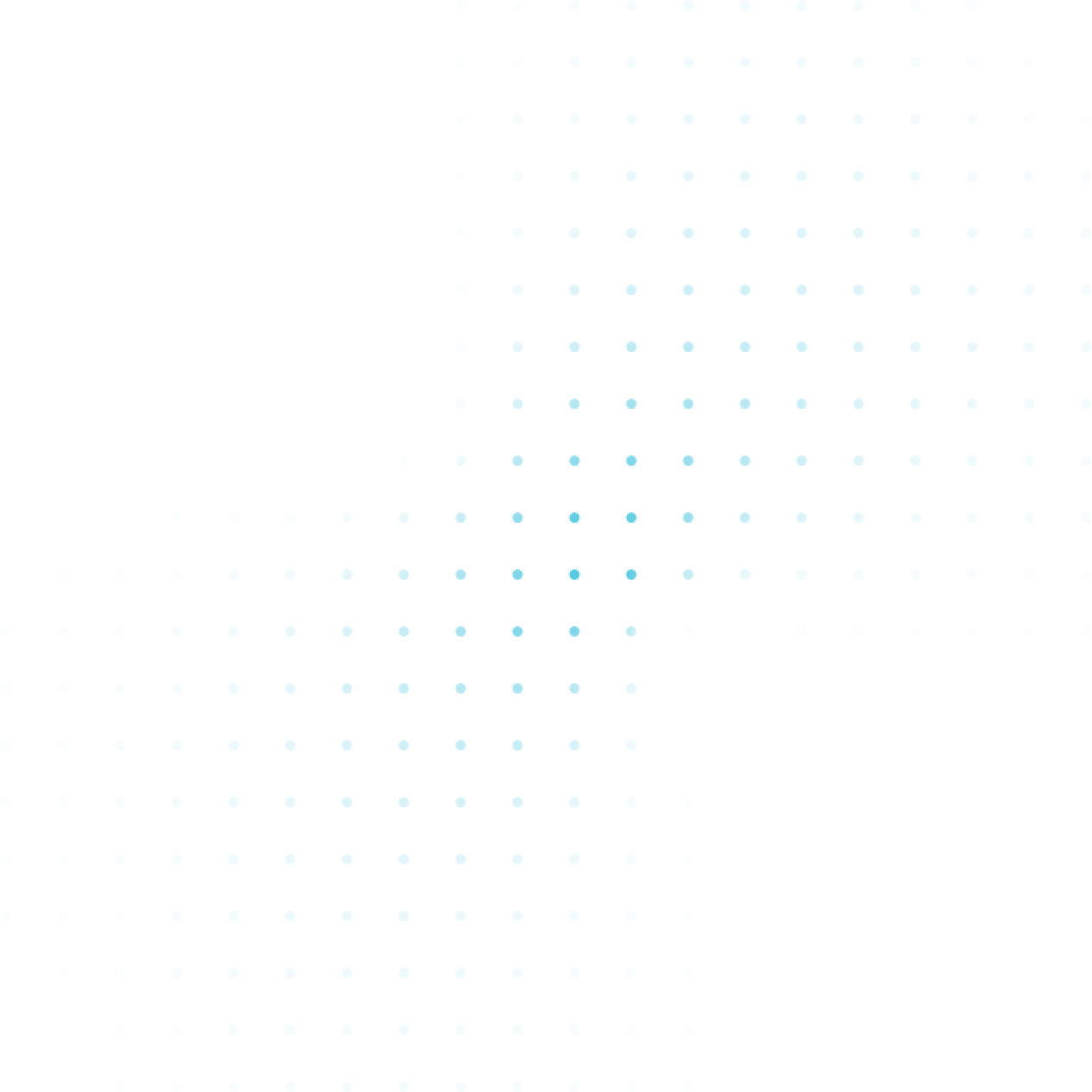 LAUSANNE, Switzerland--(BUSINESS WIRE)-- ADC Therapeutics SA (NYSE: ADCT) and Swedish Orphan Biovitrum AB (Sobi®) today announced the European Commission (EC) has granted conditional marketing authorization for the use of ZYNLONTA® (loncastuximab tesirine) for the treatment of relapsed or refractory diffuse large B-cell lymphoma (DLBCL). The approval follows a positive opinion issued in September by the Committee for Medicinal Products for Human Use (CHMP) of the European Medicines Agency (EMA). Sobi expects to commence launching ZYNLONTA upon completion of the marketing authorization transfer.

“This approval marks a major milestone in our pursuit to expand the global reach of ZYNLONTA,” said Ameet Mallik, Chief Executive Officer of ADC Therapeutics. “We are thrilled that ZYNLONTA will be available to help fill a critical unmet need for patients with DLBCL across Europe.”

The approval is based on data from LOTIS-2, a large (n=145) Phase 2 multinational, single-arm clinical trial of ZYNLONTA for the treatment of adult patients with relapsed or refractory DLBCL following two or more prior lines of systemic therapy. In April 2021, the U.S. Food and Drug Administration (FDA) granted accelerated approval of ZYNLONTA as the first CD19-targeted antibody drug conjugate (ADC) as a single-agent treatment for adult patients with relapsed or refractory DLBCL after two or more lines of systemic therapy.

Earlier this year, ADC Therapeutics announced an exclusive license agreement with Sobi to develop and commercialize ZYNLONTA for all hematologic and solid tumor indications in Europe and select international territories. Under the terms of the agreement, the EC approval of ZYNLONTA triggers a $50 million milestone payment from Sobi to ADC Therapeutics.

“We are delighted by the European Commission’s approval of Zynlonta,” said Anders Ullman, Head of Research & Development and Medical Affairs, Chief Medical Officer at Sobi. “We look forward to making Zynlonta available as a new treatment option to patients in the EU impacted by diffuse large B-cell lymphoma, a debilitating disease in haematology.”

The EC decision is valid in all European Union Member States, Iceland, Norway, and Liechtenstein. The EC granted conditional marketing authorization for ZYNLONTA for this indication and continued approval may be contingent upon verification in a confirmatory trial. As a routine part of the marketing authorization process, the EMA's Committee for Orphan Medicinal Products reviewed ZYNLONTA’s orphan designation and decided not to uphold it.

ADC Therapeutics also has an exclusive license agreement with Mitsubishi Tanabe Pharma Corporation (MTPC) for the development and commercialization of ZYNLONTA for all hematologic and solid tumor indications in Japan. In addition, Overland ADCT BioPharma, a joint venture formed by Overland Pharmaceuticals and ADC Therapeutics, is working to develop and commercialize ZYNLONTA in greater China and Singapore. Overland ADCT BioPharma is now conducting a registrational pivotal Phase 2 clinical trial of ZYNLONTA in relapsed or refractory DLBCL in China.

ZYNLONTA® is a CD19-directed antibody drug conjugate (ADC). Once bound to a CD19-expressing cell, ZYNLONTA is internalized by the cell, where enzymes release a pyrrolobenzodiazepine (PBD) payload. The potent payload binds to DNA minor groove with little distortion, remaining less visible to DNA repair mechanisms. This ultimately results in cell cycle arrest and tumor cell death.

The U.S. Food and Drug Administration (FDA) has approved ZYNLONTA (loncastuximab tesirine-lpyl) for the treatment of adult patients with relapsed or refractory (r/r) large B-cell lymphoma after two or more lines of systemic therapy, including DLBCL not otherwise specified, DLBCL arising from low-grade lymphoma and also high-grade B-cell lymphoma. The trial included a broad spectrum of heavily pre-treated patients (median three prior lines of therapy) with difficult-to-treat disease, including patients who did not respond to first-line therapy, patients refractory to all prior lines of therapy, patients with double/triple hit genetics and patients who had stem cell transplant and CAR-T therapy prior to their treatment with ZYNLONTA. This indication is approved by the FDA under accelerated approval based on overall response rate and continued approval for this indication may be contingent upon verification and description of clinical benefit in a confirmatory trial. Please see full prescribing information including important safety information about ZYNLONTA at www.ZYNLONTA.com.

ZYNLONTA is also being evaluated as a therapeutic option in combination studies in other B-cell malignancies and earlier lines of therapy.

ADC Therapeutics (NYSE: ADCT) is a commercial-stage biotechnology company improving the lives of those affected by cancer with its next-generation, targeted antibody drug conjugates (ADCs). The Company is advancing its proprietary PBD-based ADC technology to transform the treatment paradigm for patients with hematologic malignancies and solid tumors.

ADC Therapeutics’ CD19-directed ADC ZYNLONTA (loncastuximab tesirine-lpyl) is approved by the FDA for the treatment of relapsed or refractory diffuse large b-cell lymphoma after two or more lines of systemic therapy. ZYNLONTA is also in development in combination with other agents. In addition to ZYNLONTA, ADC Therapeutics has multiple ADCs in ongoing clinical and preclinical development.

ADC Therapeutics is based in Lausanne (Biopôle), Switzerland and has operations in London, the San Francisco Bay Area and New Jersey. For more information, please visit https://adctherapeutics.com/ and follow the Company on Twitter and LinkedIn.

ZYNLONTA® is a registered trademark of ADC Therapeutics SA.

Sobi is a specialised international biopharmaceutical company transforming the lives of people with rare diseases. Providing sustainable access to innovative medicines in the areas of haematology, immunology and specialty care, Sobi has approximately 1,600 employees across Europe, North America, the Middle East and Asia. In 2021, revenue amounted to SEK 15.5 billion. Sobi’s share (STO:SOBI) is listed on Nasdaq Stockholm. More about Sobi at sobi.com, LinkedIn and YouTube.

This press release contains forward-looking statements within the meaning of the safe harbor provisions of the Private Securities Litigation Reform Act of 1995. Forward-looking statements are subject to certain risks and uncertainties that can cause actual results to differ materially from those described. Factors that may cause such differences include, but are not limited to: Swedish Orphan Biovitrum AB (Sobi®) ability to successfully commercialize ZYNLONTA in the European Economic Area and market acceptance, adequate reimbursement coverage, and future revenue from the same; our strategic partners’, including Mitsubishi Tanabe Pharma Corporation and Overland Pharmaceuticals, ability to obtain regulatory approval for ZYNLONTA® in foreign jurisdictions, the market acceptance and commercial success of ZYNLONTA® in such jurisdictions and the timing and amount of payments to us from such partnerships; the Company’s ability to market its products in compliance with applicable laws and regulations; the timing and results of the Company’s or its partners’ research projects or clinical trials including LOTIS 2, 5 and 9, ADCT 901, 601 and 212, the timing and outcome of regulatory submissions and actions by the FDA or other regulatory agencies with respect to the Company’s products or product candidates; projected revenue and expenses, the Company’s indebtedness including HCR and Oak Tree facilities and the restrictions imposed on the Company’s activities by such indebtedness, the ability to repay such indebtedness and the significant cash required to service such indebtedness; the Company’s ability to obtain financial and other resources for its research, development, clinical, and commercial activities and other statements regarding matters that are not historical facts, and involve predictions. These statements involve known and unknown risks, uncertainties and other factors that may cause actual results, performance, achievements or prospects to be materially different from any future results, performance, achievements or prospects expressed in or implied by such forward-looking statements. In some cases you can identify forward-looking statements by terminology such as "may", "will", "should", "would", "expect", "intend", "plan", "anticipate", "believe", "estimate", "predict", "potential", "seem", "seek", "future", "continue", or "appear" or the negative of these terms or similar expressions, although not all forward-looking statements contain these identifying words. Additional information concerning these and other factors that may cause actual results to differ materially from those anticipated in the forward-looking statements is contained in the "Risk Factors" section of the Company's Annual Report on Form 20-F and in the Company's other periodic reports and filings with the Securities and Exchange Commission. The Company cautions investors not to place undue reliance on the forward-looking statements contained in this press release. All forward-looking statements are based on information currently available to the Company on the date hereof, and the Company undertakes no obligation to revise or update these forward-looking statements to reflect events or circumstances after the date of this press release, except as required by law.

How we partner with industry